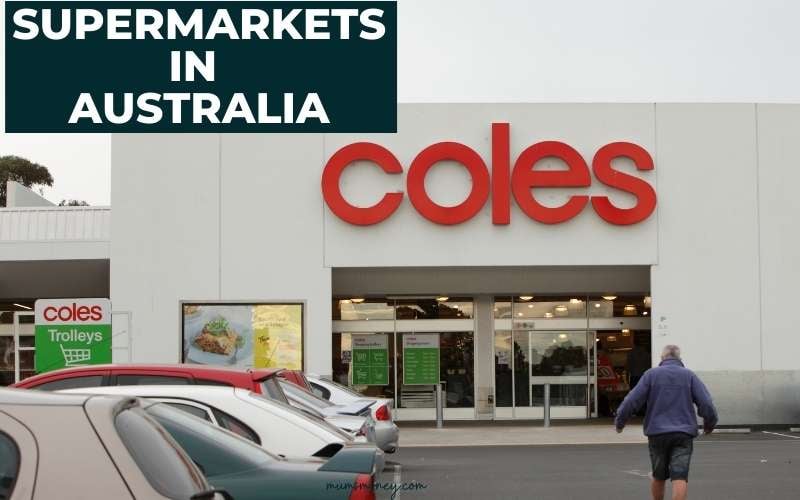 There were approximately 8.9 thousand grocery stores in Australia by the end of 2019. In such a crowded market, it can be challenging to identify the best supermarket in Australia.

So, we have put together a list of the best supermarkets to help you decide where to get your groceries.

The 10 Best Supermarkets in Australia

If you are looking for a store that delivers value for your money, then Coles is a good fit. Coles was founded on 9th April 1914 by CJ Coles in Smith St, Collingwood. Even then, the founder affirmed the need for a happy, healthy home life.

There are about 833 Coles supermarkets in Australia. As one of the biggest chains, Coles grocery stores are conveniently located in many neighbourhoods; you just can’t miss a Coles near you.

Coles has your best interest at heart. Their mission is “to sustainably feed all Australians to help them lead healthier and happier lives” sounds great, right?

That’s not all; Coles has one of Australia’s most extensive reward programs called Flybuys that offers a variety of rewards that you can check here.

Another plus is that you don’t have to worry about product authenticity; Coles stocks Australia’s favourite brands. 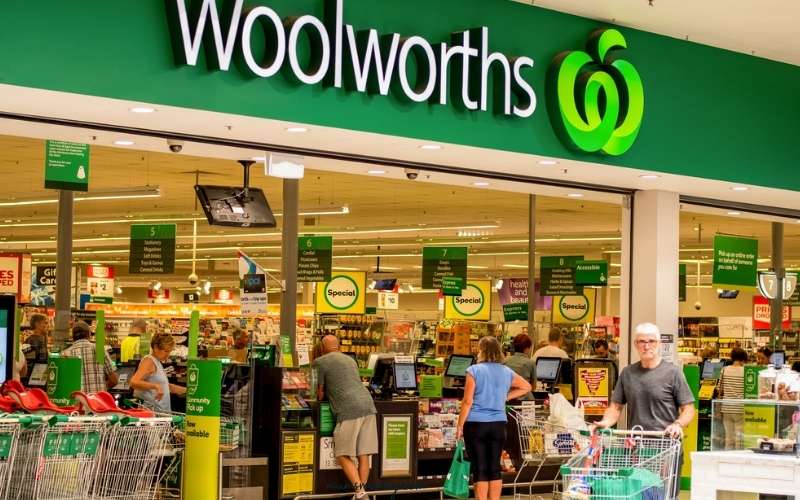 Woolworths is one of Australia’s largest supermarket chains with approximately 995 stores and over 115,000 staff members. It’s also expanded internationally to countries like South Africa.

It ranks highly among supermarkets in Australia because of the wide selection of products available for you. You will enjoy the variety and have an opportunity to make your preferential choice of the extensive range of products.

They even have fantastic product testing opportunities through the Bunch club.

You can also benefit a great deal from Woolworth’s Everyday Rewards. Everyday Rewards is the Woolworths loyalty program that allows shoppers to collect up to 10 points for every dollar spent.

While it’s a great program, it’s not quite as big as Flybuys, which is the defining difference between these two giants.

If you are looking for independent tastes of local products depending on your location, IGA is your perfect fit because IGA is a franchise with individual stores run independently.

There are 1455 IGA stores across Australia. Not only do you get to enjoy the proximity of the stores to you, but you can also enjoy their loyalty program.

IGA’s loyalty program is dubbed IGA Rewards and has exclusive monthly offers in addition to the usual dollar-off shopping.

As “Independent” is the defining word of IGA, they don’t have the buying power of the larger companies. So, your everyday items may cost a little extra – but you’re supporting a truly local business.

Ald opened its first Australian store in Sydney in 2001. Aldi is originally a German chain founded by two brothers, Karl and Theo Albrecht, in 1946.

Aldi has around 570 stores operating across Australia and is the cheapest grocery store in Australia. Yes, you read right.

When comparing a national produce basket in various Australian grocery stores, Aldi was cheaper by almost $64. Perfect to help you manage your money.

Because Aldi is cheaper, they do not see any point in having a loyalty program. You get their drift, right? They argue that they save you money by bringing you the lowest prices on a wide range of high-quality products.

You won’t find many classic Aussie brands in Aldi, rather a selection of their own products.

The first Drake store was opened by Roger Drake in Mitcham in South Australia in 1974. Roger Drake was a former Coles manager that got fed up.

Drake Supermarket operates over 60 stores across Queensland and Southern Australia with over 5,500 staff, making it one of the largest independent Australian grocery stores.

Drake has proven to be a trailblazer in the retail industry after being the first supermarket in Australia to introduce a deli layout that includes a popcorn machine, orange juice machine, kombucha taps, and hot food.

To Drake, you are an essential part of the business; hence they go out of their way to make you have a great shopping experience. They also offer a loyalty program and have a rewards app to make it easier to access.

David and Cathy Harris founded the Harris Farm Markets in 1971 with a fruit and vegetable store in Villawood, Australia. Family members still run the business.

The store prides itself on being the most prominent independent fresh food grocery store in Australia. Think of Harris Farms as your place for the fancy cuts of meats or organic vegetables you need to make your dinners pop off.

The Friend of the Farm is Harris’ loyalty program, which offers 5% off all veggies and other exclusive offers.

FoodWorks has 700+ stores across Australia and is owned by The Australian United Retailers Limited (AURL), an independent retail group. The chain as it is now came to be after the two chains merged in November 2004.

Foodworks is a decent retailer that has both larger company-owned stores and locally owned ones too. You may want to check who your supporting with your local manager.

FoodWorks has a loyalty rewards program called Smart Rewards that allows you to manage your budget, achieve your health goals, and view your reward points.

In 1871, the Hoeper family established a store at Glenelg South in Adelaide, later called Foodland in 1962. There are over 90 stores primarily located in South Australia.

In 2005, Metcash, who owns IGA, bought the Foodland brand, but the stores are still independently owned and operated.

The supermarket boasts of its unwavering support for local products, which they stock even if other retailers have discontinued them.

They also have a Foodland branded range under which they have over 200 products from local manufacturers.

Foodland believes that loyalty programs are a waste of time; they focus on competitive prices, offers, and regular exclusive deals. These strategies can save you a lot of money while shopping.

Like IGA, Foodland is another great one to attend to support your local grocer.

Friendly Grocer is a smaller chain that used to be known as Four Square. They got their start in New Zealand in 1923 and brought their operations to Australia in 1956. There are now over 450 Friendly Grocer stores across Australia.

Friendly Grocer has excellent customer service and product quality standards, so they’re worth your attention. 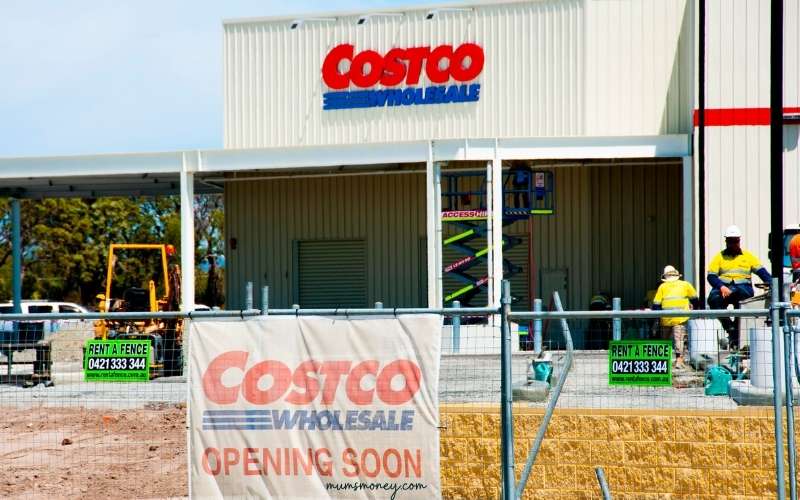 Costco is a supermarket giant first founded in the United States in 1976, when it opened the first Australian store in Melbourne’s Docklands in 2009. The supermarket has many stores across the world, with 12 stores in Australia.

Costco is the proper supermarket for you if you are interested in buying in bulk for a subsidised price which is great for living frugally. Worldwide, Costco runs warehouse-like stores known to have an affinity for bulk goods and oversized items.

Costco has a membership program in which customers register at a $55 or $60 fee. The membership fee allows you to access any Costco store in Australia.

Which of the Best Grocery Stores in Australia Is Right for You?

Supermarkets are constantly trying to outshine their competitors in Australia, but the supermarkets featured above often remain in the top ten. You may want to change it up rather than stick to one retailer.

You could go to Costco for bulk goods, IGA for local produce, Harris Market for organic vegetables, then Woolies or Coles for your everyday shopping. 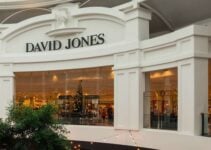 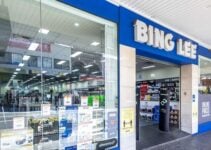 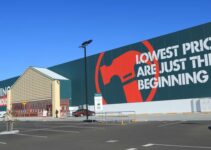