You’ve been using pocketbooks your whole life, but may be wondering, why do we call a purse a pocketbook?

A woman’s purse doesn’t often fit into a pocket, and it’s also not primarily used for books! So where did this name come from?

Search no further! We did the research so you don’t have to. Read on to learn what we found so you can demystify this age-old question. 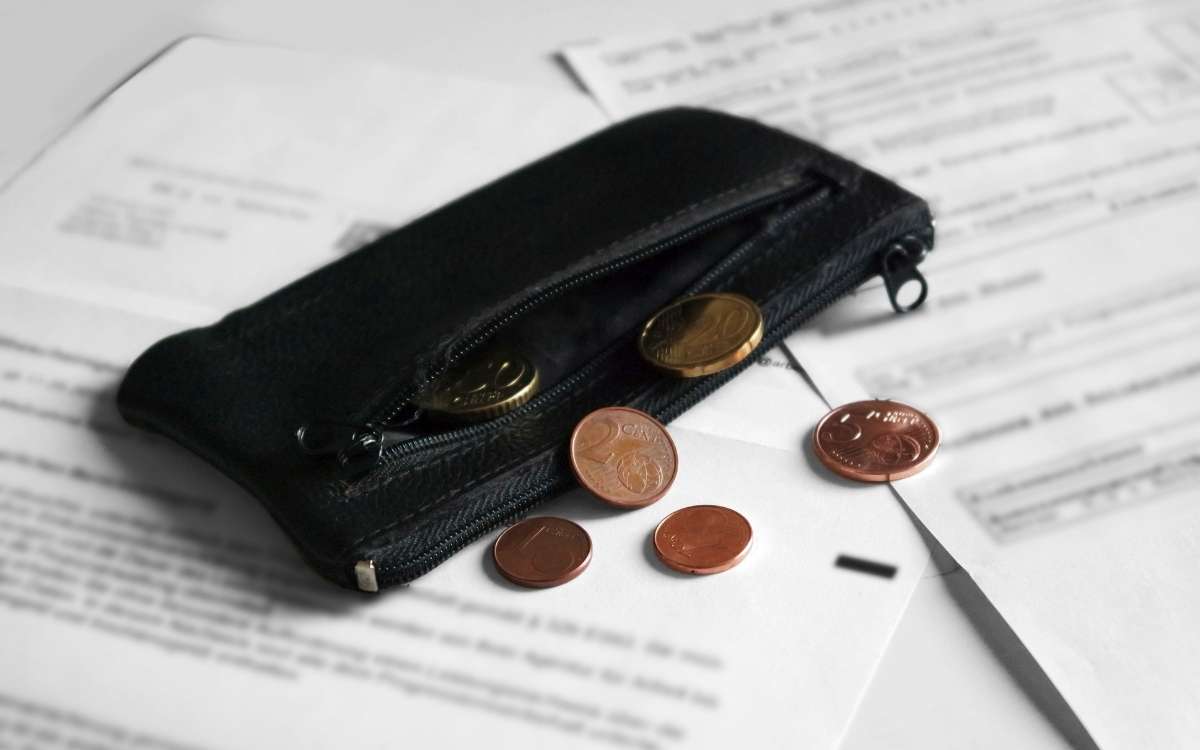 The Etymology of the Pocket Book

The term “pocketbook” first came into use in the early 1600s (1617, to be exact). This term generally referred to a book that was small and could easily fit into one’s pocket.

At this time, women’s clothing styles included dresses with large pockets sewn into the skirts. These pockets were used to hold all sorts of things, from handkerchiefs to knitting needles to, you guessed it, books!

By the 1800s, the word pocketbook became a synonym for purse and usually referred to a  large bag with handles carried by a woman.

This term made its way from the UK to the States and became a common way for Americans to refer to a bag.

The word pocket, as well as a pouch, can be traced back to the French term “poche” and “poke”, which refer to a large bag sack. The Latin word “bursa” referred to a leather bag that was used to carry money.

These words were culturally combined into our modern word “purse”.

Initially, a purse was known as a small bag made out of leather that was very securely closed at the top. This word gave away to metaphor, which is why we now have the popular phrase “to purse one’s lips”.

What Is the Difference Between a Purse and a Pocketbook? 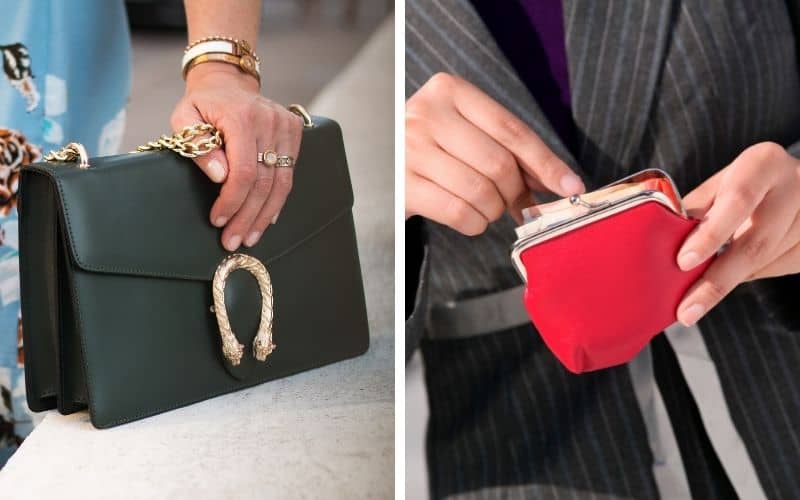 So, now you know where the term pocketbook came from, but what is the difference between a purse and a pocketbook?

The main difference lies in size. A pocketbook is small enough to carry around without being cumbersome and is primarily meant for carrying one’s money and carrying bills.

Whereas a purse is a larger handbag carried regularly and containing a book-like leather folder.

In fact, many women place their pocketbooks inside their purses, since the actual bag variation can be difficult to carry around.

Generationally speaking, the term “pocketbook” is considered to be an older term that is not used as often by younger generations. The word “purse” can be used interchangeably with pocketbooks but is more likely to refer to a smaller bag.

Regionality also affects where the word “pocketbook” is used. In the United Kingdom, for example, the term “purse” is more commonly used than “pocketbook”.

Where Do They Call It a Pocketbook?

You’ll most commonly hear the word “pocketbook” in the Northeast and Southeast regions of the United States.

This is likely because the term originated in the Northeast and made its way down to the Southeast, preserving the name more so than in other regions.

To this day, in these regions, people won’t confuse the term “pocketbook” with a small bound book. It’s often referred to as a day bag, a small bag you may take out for errands or lunch dates.

The term is not used as frequently in other regions, but you may still hear it from time to time. In the midwest, for example, the term “pocketbook” may be used to refer to a checkbook or a small notebook.

What Is a Pocketbook Slang?

The term “pocketbook” can also be used as slang. When used in this way, it refers to a person’s bank account or financial situation.

For example, you might say “I need to improve my pocketbook” or “My pocketbook is doing well”.

This usage likely comes from the fact that a person’s financial situation is often represented by the amount of money in their purse or pocketbook.

A pocketbook also became a term for political campaign contributions.

This usage likely came about because a pocketbook is often used to store money and campaign contributions are essentially donations of money.

Why Is a Wallet Called a Wallet? 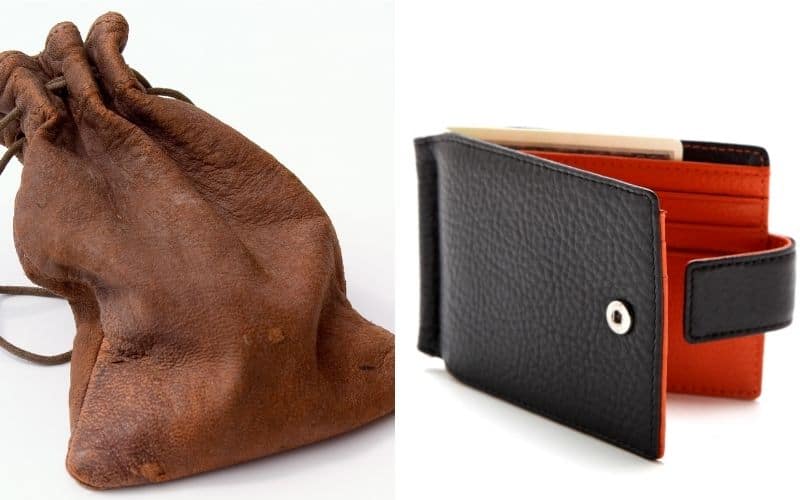 Wallets have been important tools for humankind for thousands of years. They originally were large pouches used to carry coins and other valuables.

The word wallet began in the late 1300s and described a knapsack or small bag carrying valuables. It likely came from the French word “wallet” or the Germanic prefix “wall”, which meant to circulate or revolve.

This word was documented for the first time in 1834.

By this time, paper bills were common and a flatter wallet evolved from a small sack or purse.

What Is a Pocketbook vs Paperback?

A pocketbook is a small, flat book that can be carried in a person’s pocket. It is typically used for carrying money, credit cards, and other small items.

A paperback is a type of bookbinding that uses flexible paper instead of hardcover boards. Paperbacks are often less expensive than hardcover books and are more portable.

Historically, small paperbacks were called pocketbooks, but this usage has fallen out of favor.

Today, a pocketbook is more likely to refer to a small financial book or purse that can be carried in a person’s pocket, such as a checkbook or notebook.

The Evolution of the Word Purse, Pocketbooks, and Bags

These three words have co-evolved and at times meant the same thing. In fact, you could use these three words interchangeably now and most people would understand what you mean.

As mentioned above, the word wallet also has similar origins. It’s likely that these words all come from a common root, such as the Old English word “pocca” or the Germanic prefix “wall”.

The term purse may have also been influenced by the Latin word “bursa”, which referred to a leather bag used to hold coins.

In order to understand the origins of these words, it’s helpful to look at how they have been used over time. The meaning of these words has changed and shifted as human needs and cultures have changed.

Today, the word pocketbook is most commonly used in the Northeast and Southeast regions of the United States. It’s often used to refer to a small bag or purse that can be carried in a person’s pocket.

The Invention of the Pocket 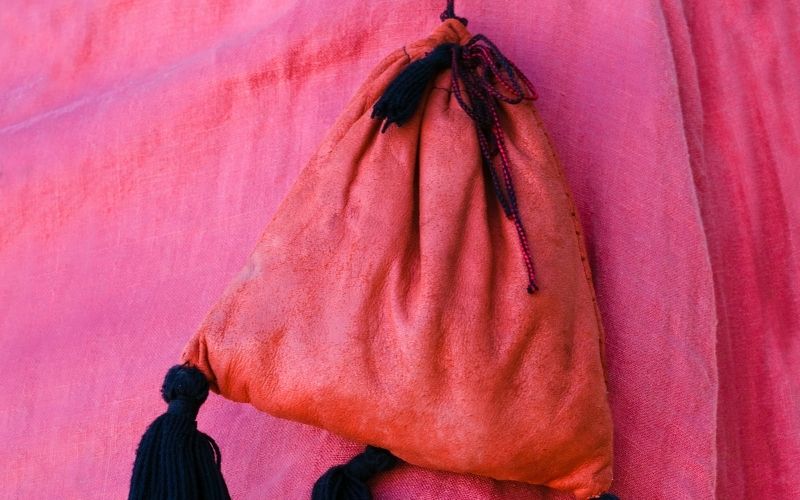 Pockets came onto the fashion scene in the 1600s, hence the term “pocketbook” co-evolving alongside it. Women’s pockets weren’t attached to their clothing, since pockets were exclusively designed for trousers.

Instead, women would carry their pockets around with them, either holding them or tucking them into their belts. These early pockets were often decorated and could be quite elaborate.

They were commonly tied around the waist or over the arm.

The word “pocket” first appeared in the English language in the 1500s and comes from the Middle French word “poke”, which refers to a pouch.

Pockets didn’t become a standard feature of women’s clothing until the 1800s. By this time, they were sewn into skirts and dresses.

How Women Got Pockets

The first pockets sewn into women’s dresses were quite small and were meant to hold an item as tiny as a handkerchief. They were also designed to hold pocket watches in a fashionable way.

When world war I began, women entered the workforce in droves. This led to simpler and slimmer clothing that didn’t get in the way of work.

As women’s clothing became more functional, pockets became larger and more useful. From the 1920s to the 1940s, women’s trousers were developed and became a common item of clothing.

This led to even more functional and stylish pockets for women.

While pockets are now a staple of women’s clothing, they haven’t always been so common. It’s interesting to see how the needs of women have changed over time, and how that has influenced the design of their clothing.

These days, there are all sorts of purses, from small and delicate to large and functional. There are also many different materials used to make purses, such as leather, cloth, plastic, and even metal.

Purses come in all sorts of shapes and sizes and can be designed for specific purposes. For example, there are evening bags, shoulder bags, messenger bags, and more.

Carrying a purse was common for both genders when they first appeared on the scene. But as time went on, they became more and more associated with women.

Carrying a purse was seen as a sign of femininity, and was often used to accessorize an outfit.

However, these days, there is a growing trend of men carrying purses. This is often seen as a sign of status and success.

While the purse may have started out as a simple and functional item, it has become much more than a money bag. The purse remains a fashion statement and an important part of many people’s lives.

Major Names in the Purse and Pocketbook Industry 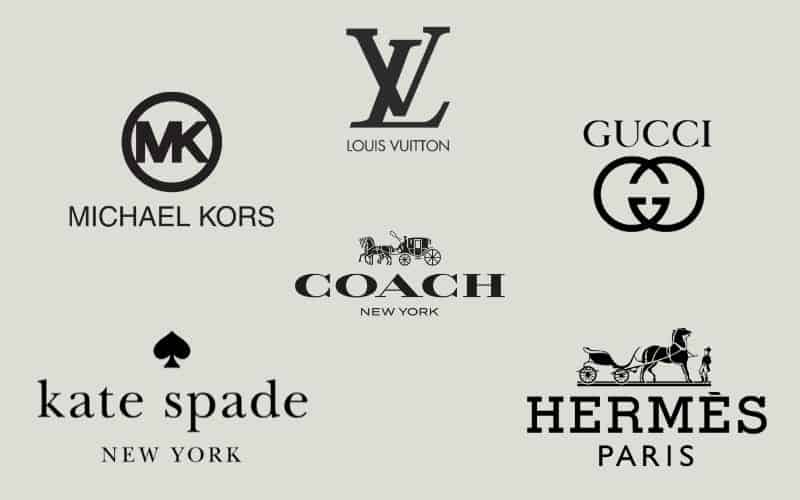 Today, there are many different companies that manufacture and sell purses and pocketbooks. Some of the most popular brands include Coach, Kate Spade, Michael Kors, and more.

These companies offer a wide variety of styles and designs to suit all sorts of needs and tastes.

Some major innovations that these brands and designers brought along include the addition of compartments, zippers, and other features that make purses more functional. They also offer a wide range of colors and materials to choose from.

The purse industry is constantly changing and evolving to meet the needs of its customers. With so many different options available, there’s sure to be a perfect purse out there for everyone

The Cost of Purses

These days, many purses, handbags, and pocketbooks are treated with the same value as cash. We keep an eye out for counterfeits and take care to keep our bags from getting stolen.

This wasn’t always the case though. In the past, purses were often made from simple materials like cloth or leather. They didn’t have all the bells and whistles that we’re used to today, but they got the job done.

The cost of a purse can range anywhere from a few dollars to hundreds or even thousands of dollars. It all depends on the brand, material, style, and design. The age of the purse can also affect its value.

The Bottom Line: How the Pocketbook Became the Woman’s Purse

Now that you know where the term pocketbook came from, as well as the difference between a purse and a pocketbook, you can go about your life with this new information!

Use it the next time you’re at a party and someone brings up the topic of conversation. Who knows, maybe you’ll even be able to teach someone else a thing or two!

No matter how you use the word, pocketbooks have been an important part of human culture for thousands of years. And they are likely to continue to be so for many years to come. 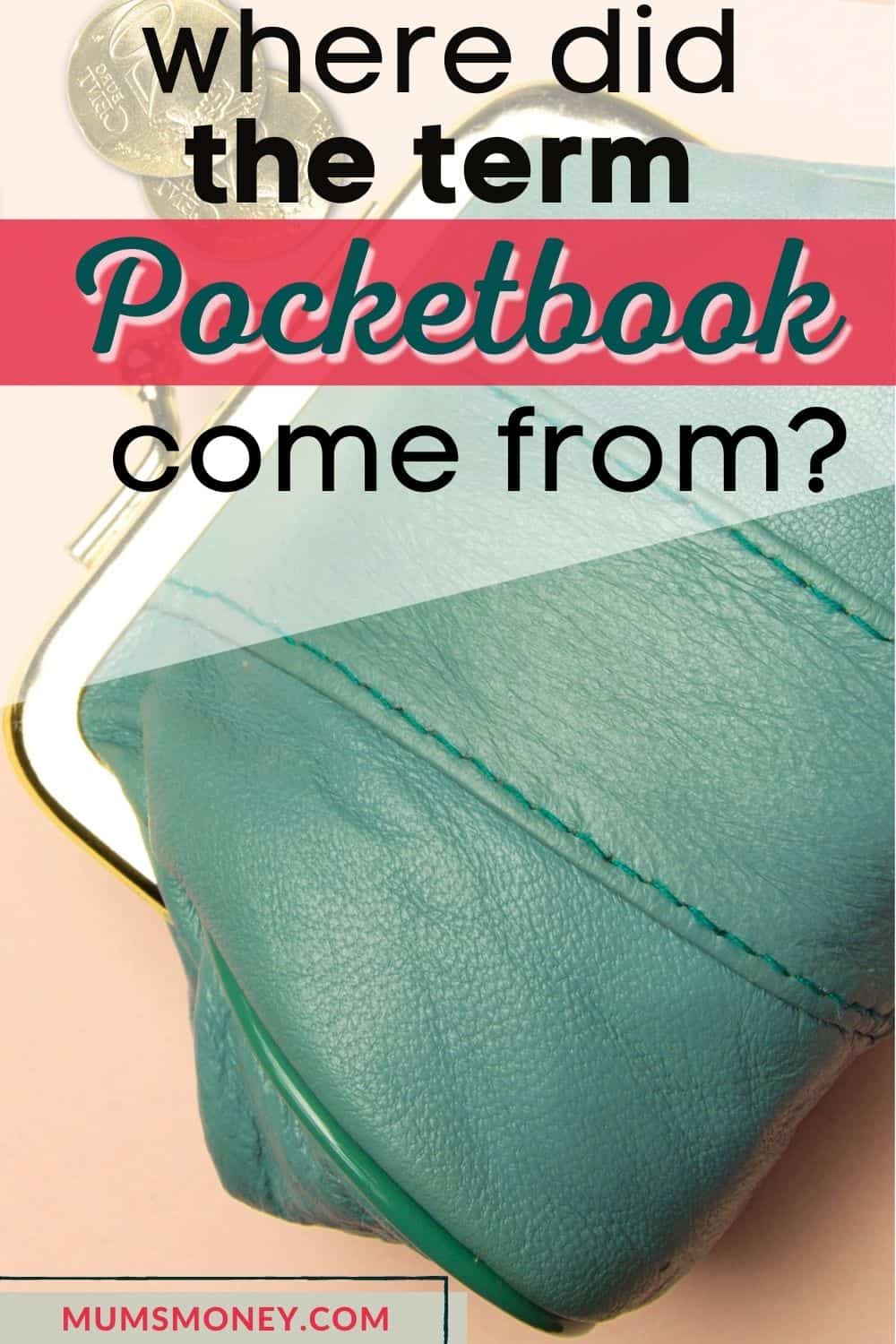 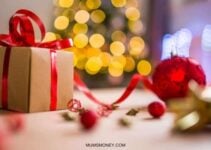 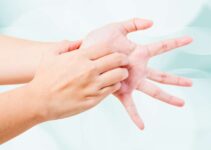 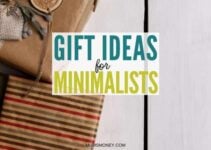